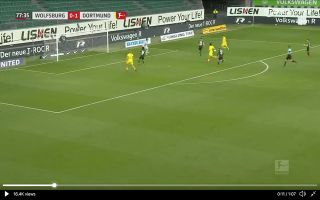 In the 77th minute of today’s Bundesliga clash between Borussia Dortmund and Wolfsburg, Lucien Favre’s side punished their opponents with a rapid counter-attack. Hakimi, who is in the final season of a two-year loan from Real Madrid to the German giants, showed his tireless work-rate and electric pace to charge forward from wing-back as soon as the ball was won. Superstar attacker Jadon Sancho spearheaded the move, with the England international bearing down on goal he slipped the ball...