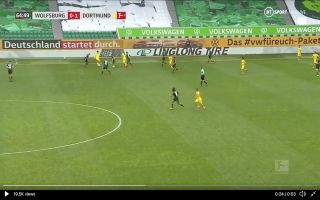 In the 64th minute of this afternoon’s Bundesliga clash between Borussia Dortmund and Wolfsburg, Jadon Sancho was brought on for Julian Brandt. The tricky attacker wasted no time in showing off his talents by pulling off a silky nutmeg on Wolfsburg defender John Brooks within just 10 seconds of the ball being played after he entered the pitch. Immediately after Brooks was on the wrong end of Sancho’s superb skill, the American defender decided to foul the England international to stop...

No popular articles yet