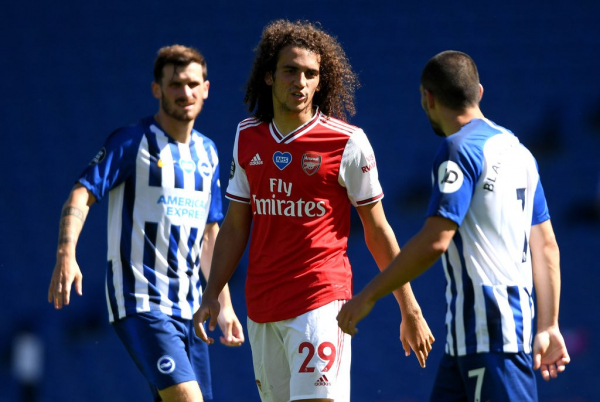 Matteo Guendouzi’s future has been up in the air after his questionable behaviour at Brighton (Picture: Getty) Ray Parlour has urged Matteo Guendouzi to ‘toe the line’ in order to save his Arsenal career after Mikel Arteta left the midfielder out of his squad for the side’s last two matches. Guendouzi was involved in a heated battle with Neal Maupay as Arenal were beaten by Brighton and grabbed the striker around the throat shortly after the final whistle at the Amex...