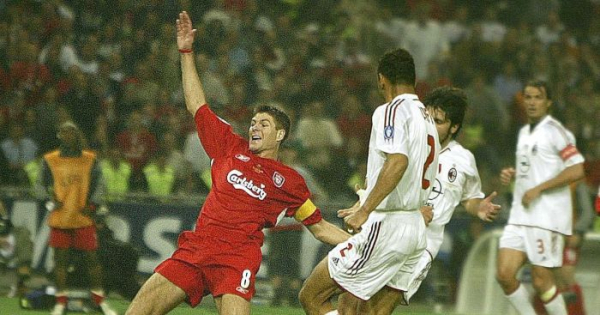 Liverpool legend Steven Gerrard has recalled “one or two things” that AC Milan did in the 2005 Champions League final “which really angered me”. Gerrard helped inspire Liverpool to the most unlikely of European Cup victories from 3-0 down at half-time, with the Reds winning a penalty shoot-out after a 3-3 draw. The captain scored the first goal and won the penalty for the third in an inspiring performance 15 years ago, but only after Milan tried to stick the knife in. Gerrard...