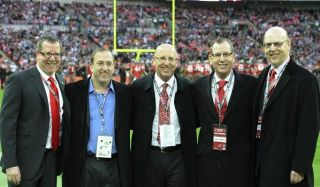 According to SB Nation’s NetsDaily via Russia media reports, billionaire Mikhail Prokhorov has expressed an interest in taking over Manchester United. It’s claimed that the 55-year-old would like to return to ownership of a professional sports team after holding a majority stake in NBA team Brooklyn Nets for nine-and-half-years until September 2019. United’s current owners, the Glazer family, have a sour standing with the current fanbase owing to their apparent lack of investment...